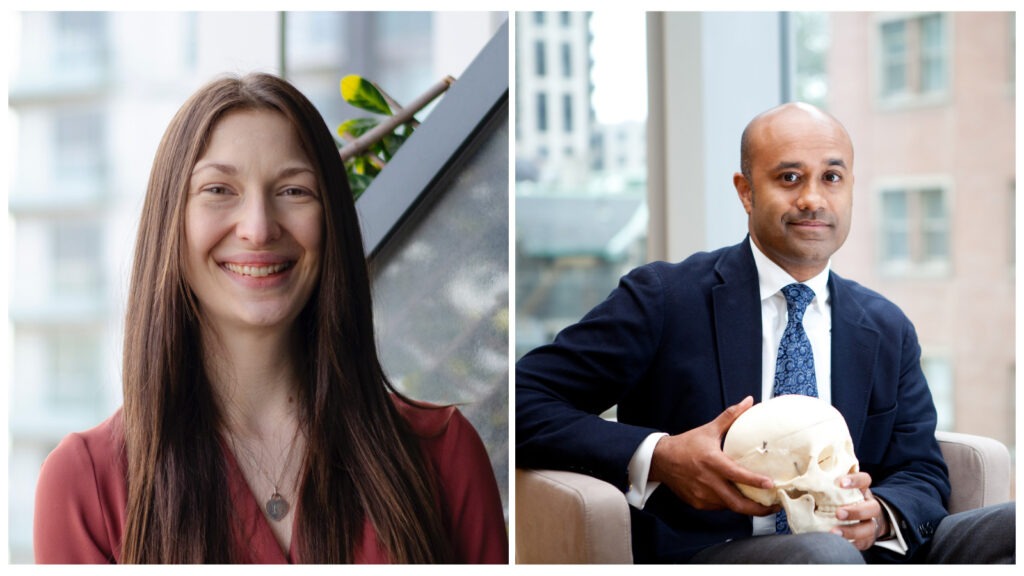 A study published in The Lancet Oncology suggests that a targeted radiation therapy is equitable to the current standard of care for patients whose lung cancer has metastasized to the brain.

The work, led by researchers at St. Michael’s Hospital, suggests that implementation of this targeted approach, which is known to result in fewer negative cognitive consequences for patients, could potentially improve their care experience.

For patients with small cell lung cancer, a fast-growing disease that develops in the tissues of the lungs and often spreads to other parts of the body, brain metastasis is currently treated with whole brain radiation therapy, which targets the entire brain. While this approach treats even microscopic tumours, it results in memory problems and decreases cognitive function. The alternative which spares healthy brain tissue by precisely targeting the tumor, called stereotactic radiosurgery, has been shown to have less severe cognitive consequences but has not yet been studied in patients with small cell lung cancer whose disease has spread to the brain.

“For many years, it made sense to treat these patients with whole brain radiation because their survival was quite poor,” said Karolina Gaebe, a research student in Dr. Sunit Das’s lab, who led the study. Dr. Das is a scientist at the Keenan Research Centre for Biomedical Science and a neurosurgical oncologist at St. Michael’s Hospital in Toronto.

“For them, long-term consequences of the treatment were not as crucial as reducing the impact of disease in the short-term. But now, as treatments for their lung cancer have improved, these patients are surviving much longer.”

Dr. Das, Gaebe, and their team set out to learn more after noticing patients with longer survival times were also living with severe cognitive impairments due to the treatments for their brain metastases. They wanted to understand whether a more targeted brain radiation regimen might be as beneficial for these patients, similar to what has already been shown in most other cancer types.

As a first step, they undertook this meta-analysis, reviewing current literature to examine survival and brain outcomes following stereotactic radiosurgery for patients with small cell lung cancer that had spread to the brain. The team analyzed data from 31 studies and included 18,130 patients, the largest cohort of small cell lung cancer patients with brain metastases to be studied so far.

The team’s next goal is to launch a large, comprehensive clinical trial and explore the differences in cognitive outcomes between stereotactic radiosurgery and whole brain radiation therapy in this patient population.

“Because this is a meta-analysis, we can’t use this as absolute evidence that all patients should be treated in this way,” Dr. Das said. “But essentially, this means that we need to challenge our standing worldwide paradigms for treating patients with this disease and revisit the idea that these patients should receive whole brain radiation therapy.”