Scientists want a new definition for critical care medicine. Here’s how COVID-19 shaped their cause 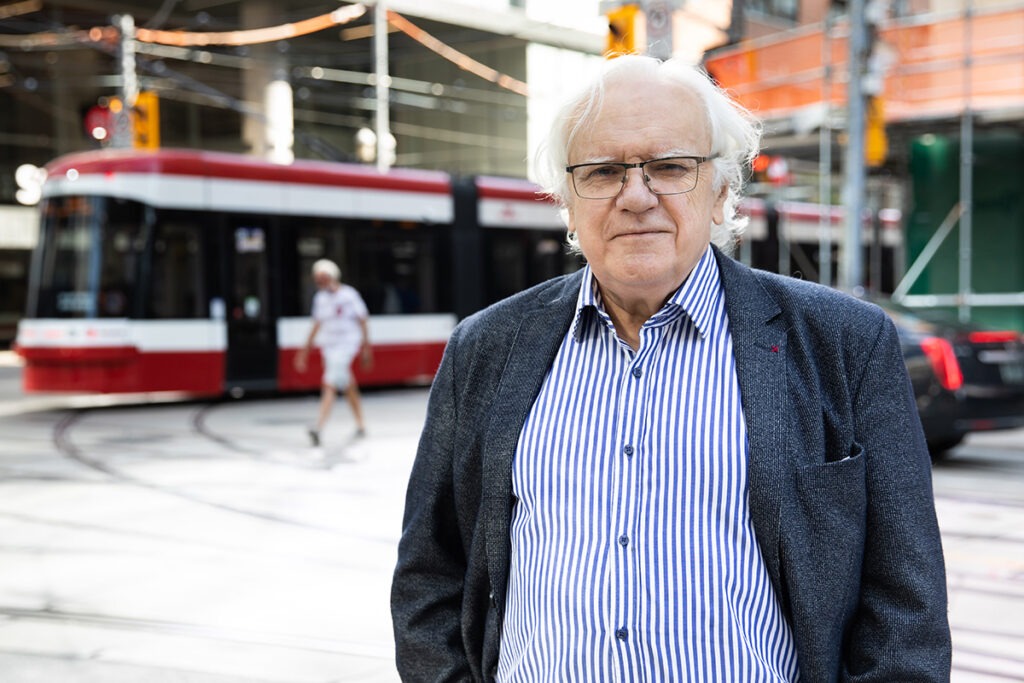 In the wake of the COVID-19 pandemic, a group of critical care physicians from around the world are calling for a broader definition of critical care – one that looks beyond syndromes and the consequences of illness and addresses the biological make up that determines how a person responds to disease and its treatments.

“Independent of its many causes, acute life-threatening illness is just the start of a process,” says Dr. John Marshall, a critical care surgeon at St. Michael’s and scientist at the Keenan Research Centre for Biomedical Science. “Many things happen that can change its course. These are less a result of the initial disease, than of its treatment and the way a person responds to it. Those all become part of a process, which can be modified.”

We spoke with Dr. Marshall to learn more about why now’s the time to redefine critical care and what led to this call to action.

How do we currently define diseases in critical care and where did that approach come from?

Traditionally, we’ve defined diseases based on their clinical manifestations, meaning the physical result of these diseases or their common symptoms. Two hundred years ago, pneumonia caused a patient to have a fever and to cough up sputum; why this happened was unknown. With the identification of bacteria as the cause of these symptoms, and the discovery that antibiotics could kill bacteria, pneumonia was redefined as an infectious disease of the lung.

But even with effective antibiotics, some patients continue to deteriorate, and prior to the advent of intensive care units (ICUs), deterioration was followed by death. The ICU had an impact on the nature of disease: if you got pneumonia and you became really sick, we could support you with a ventilator. This support gave rise to new complications and we created new terms for those complications. If you were on a ventilator and there wasn’t as much oxygen in your blood and your chest x-ray looked poor but you weren’t in heart failure, we said this was acute respiratory distress syndrome (ARDS). Patients with pneumonia could develop ARDS but so could any patient on a ventilator.

Why are you proposing a change in the way we define critical illness?

There are three key features of syndromes like ARDS that develop because of ICU care. First, they result from the consequences of support in the ICU – only if you survive to be put on a ventilator do you develop ARDS.

Second, they aren’t unique to a particular initiating cause, such as trauma or pneumonia, but are a final common pathway of a number of acute illnesses. Both the body’s response and the treatment provided by the ICU team contribute to their evolution.

Finally, and most importantly, these complications arise through the body’s complex biologic response to infection and injury – a response that’s biologically variable from one patient to the next. As we learn more about the biology, we’re opening the door to a new strategy of treatment – targeting the response of the host, rather than just the trigger that activated that response. This can be done if we know which treatment is most likely to help which individual patient but to do this, we need to think beyond the bacteria and beyond the syndromes we support and describe patients on the basis of the treatable processes that are responsible for the patients being critically ill.

What we’re proposing is to take one step further back and say, how do we find common biologic traits across multiple physiologic processes and diseases, and therefore target the biologic process, not the doctor’s picture of what the common result is?

Why is now the time to think differently about critical illness?

We’ve seen this happen in other fields. In the 1940s, oncologists realized that ovarian cancer behaves differently from skin cancer, even though we use the word cancer to describe them both. They proposed that we stage cancers based on the cell type and based on how advanced they are. In doing so, they paved the way for effective chemotherapy, and more recently, effective immune therapy.

Studies of breast cancer showed that some breast cancers are responsive to estrogen and others responded to a protein called vascular endothelial growth factor. Patients who had those responsive cancers could be identified and so it was possible to target the particular biological pathway and improve their outcomes. This was one of the first examples of what we’ve come to call “precision medicine.”

In critical illness, we’ve conducted more than 100 clinical trials studying treatments that target biological processes that we know are involved in critical illnesses; none of these have led to effective treatments.   Our perspective is that the inherent biologic heterogeneity of those patients – or differences between patients – means that we’re not targeting the right patient with the right drug. Our goal is to change this.

How can we learn from COVID-19 in this area?

COVID-19 became the proving ground for the hypothesis that resolving heterogeneity can aid in finding effective treatment. COVID-19 is a disease caused by a single virus but one that that has variable effects on those infected.  We still have that problem of variability – not everybody responds the same way to treatments – but the fact that we’re looking at a single cause is making it easier to understand that variability. For example, we’ve been able to identify inherited genetic factors that make a patient more susceptible to severe disease. Knowing what these are suggests that there are ways of identifying those patients in whom they’re present, and targeting the abnormality specifically.

We also learned through COVID-19 that we can work together and put aside competition to respond to a common threat. We’ve learned that it doesn’t cost anything to do that: progress is made much more quickly and everyone benefits, especially patients.

What do we need to do now and what are the next steps?

We’ve brought together many people who’ve been doing studies and coming up with models to differentiate more homogeneous subpopulations within a larger population of ICU patients. The long-term aspirational goal is to meld this group into a global collaboration to share data and study this at the large scale needed to address the inherent complexity. Complexity in critical illness is going to be much more difficult than complexity in cancer because it includes how we treat patients, as well as economic factors, such as the capacity of our health care system to support patients and train physicians.

It’s easy to be aspirational and to say this is what we need to do but what’s important is that we actually do it. One of the strategic decisions we made was that the people who realize this aspiration are those who are younger and have academic timelines that are measured in many decades. This is going to be a many-decade process. But we’re hopeful that we’ve taken the first step.