Monkeypox has arrived in Canada. What do you need to know? 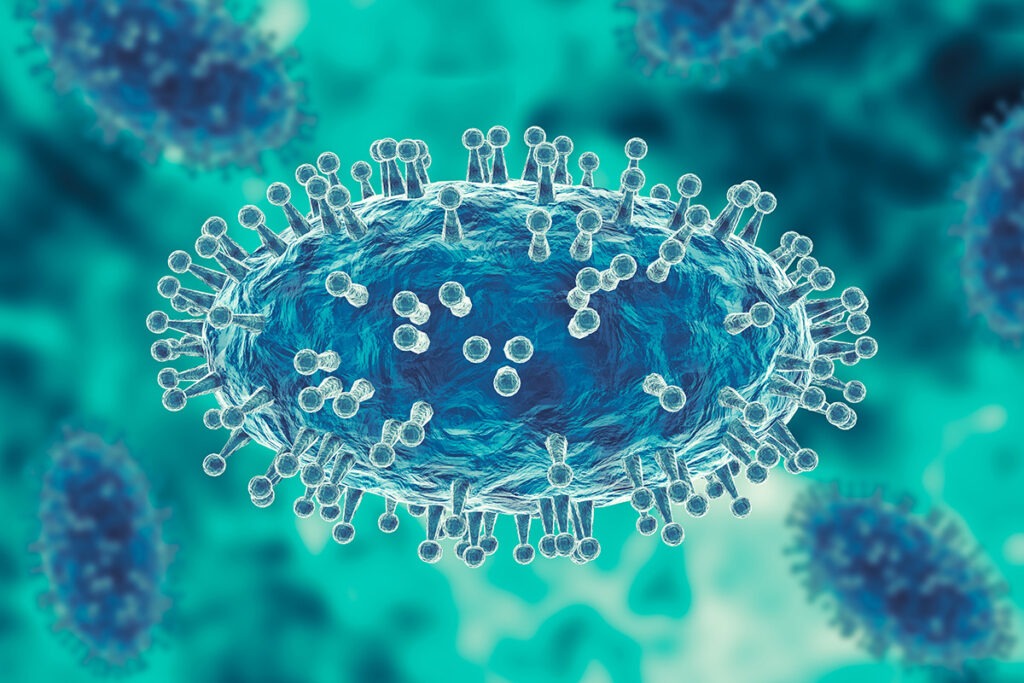 In recent weeks monkeypox cases have been identified in Canada, with small clusters of cases in Montreal and Toronto.

Dr. Darrell Tan is an infectious disease physician with St. Michael’s Hospital and clinician-scientist whose research focuses on human immunodeficiency virus (HIV) prevention. His clinical and research background gives him a unique understanding of how new infectious diseases with epidemic potential can exacerbate existing health inequalities in society.

We spoke with Dr. Tan about monkeypox, how it spreads and why we need to ‘rally around’ the people most impacted so they get the support and care they need.

1. What is monkeypox and what are the signs and symptoms?

Monkeypox is a viral infection. Historically, monkeypox hasn’t been seen in North America or Europe. It’s noteworthy that we’re seeing cases in these non-endemic places recently.

There are two main categories of symptoms. One of them is flu-like symptoms – fever, malaise, headache, muscle aches and swollen glands. Typically there is also an evolution of skin lesions from a flat spot, to a bump, to a blister, to an ulcer that can then crust or scab.

2. What do we know so far about how monkeypox spreads?

It can also be transmitted through respiratory droplets. Droplets come out of your mouth and nose when you sneeze, cough, sing and talk. Those droplets can travel a short distance and infect another person if they breathe them in or get them into their eyes, nose or mouth.

Monkeypox is very closely related to smallpox and to a lesser extent, other pox viruses, like chickenpox. Those pox viruses can be spread through airborne transmission so we are being cautious in these early days and treating monkeypox as if it could be airborne. That seems pretty unlikely to most people in the medical community right now because, if there was true airborne transmission, we would probably be seeing a ton more cases – but we are in an early stage of this outbreak so much remains unknown.

3. Given how monkeypox spreads, what can people do to protect themselves?

I think the best thing to say at this very early juncture is to become aware of what symptoms to look out for and to consult a healthcare provider if you have concerns. We don’t necessarily think that every single zit or pimple or every scratch on your body should cause alarm about monkeypox.

4. Are there any known long term impacts of having a monkey pox infection?

Monkeypox infections tend to be self-limited, meaning that it happens and then it’s over. Only rarely are there complications.

Skin lesions take time to heal and during that time people have the potential to transmit to others – so people with a monkeypox infection may be asked to self-isolate for three to four weeks. That’s a long time to be off work, to be away from your regular responsibilities, to be away from your social contacts and that can take a toll financially. Food security, income, ability to pay the rent – these are issues that are very real for people. So those are some real long-term impacts that we have to remember and do something about.

We need to make sure that people who are trying their best to abide by public health instructions and to protect the people around them are, in turn, protected from financial hardship.

5. How has your background as an infectious disease physician and as a researcher on HIV prevention helped you prepare for your work on monkeypox so far?

What I’ve learned through my previous experience is that infectious diseases of epidemic potential – HIV, COVID-19 and now monkeypox are all examples – have this uncanny ability and tendency to expose and exploit the social fault lines in our society. There are a lot of health equity issues that immediately come to the forefront as soon as a new infection shows up in a population.

So far the majority of monkeypox cases have been identified among gay, bisexual and other men who have sex with men (GBM) in different countries. That is not to say that it is confined to this group at all. It’s just what we have observed so far.

It’s probably true that there is some spread within the GBM community because that’s the case for any infectious disease within any close knit community. We must remember that individuals are probably members of multiple close knit communities and we need to broaden our view and not focus exclusively on one group.

One of the key learnings we can apply from the history of HIV and other STIs in Canada – and to be clear, monkeypox is not necessarily known to be sexually transmitted – is that community mobilization and engagement from the beginning is critical. I’m very fortunate to be taking part in community mobilization meetings where we’re engaging a whole host of different local groups to respond. Already there’s some amazing advocacy, actions, knowledge-sharing and collaboration that has come out of these meetings.

6. We’re already seeing concerns about stigma towards the LGBTQ2S+ community in relation to monkeypox. What do you want people to know about this?

There is a delicate balance between making an observation that is epidemiologically accurate and the risks associated with how people will perceive that information. Firstly, there is the risk that people will think monkeypox is restricted to the GBM population, which isn’t true – so there’s a scientific inaccuracy that people may perceive. Secondly, people may layer on all kinds of inappropriate judgments, assumptions and faulty notions that perpetuate longstanding inequities and stigma.

There’s a narrative of blame that often comes up when we talk about infectious diseases – that people somehow ‘deserve’ certain health conditions. That’s not the case for any health condition. Health conditions arise, they are biological and we’re here to try to respond to them.

There is also a risk that in focusing so much on how a certain community is over-represented that we de-emphasize how those communities are resilient and creative. I consider this my community – I’m a gay man – and a lot of the response has been about proactively identifying concerns and looking after each other.

7. How concerned should we be about monkeypox?

At this point, I don’t think we need to sound the alarm across the board. In a country of 38 million people, so far we’ve identified a few dozen cases. It’s of great interest because it’s so new – we’ve never seen monkeypox in this hemisphere before so we need to be cautious and careful – but we also do not wish to cause widespread panic or fear.

What we should be concerned about are the equity issues and how we are going to, as a society, rally around the people who may be affected by this and make sure they get the support and care they need.

Something I’ve found really inspiring is how folks at multiple levels have come together to step up and respond. There have been international networks of researchers that have been reaching out to each other. The International AIDS Society (IAS) has been organizing information sharing and webinars. Their annual conference will take place in Montreal in just a few weeks and they will be using that platform to amplify some of the discussions that have been taking place about monkeypox.

Also, a number of different funders are rapidly mobilizing to support critical research. As this is unfolding on our doorstep, it’s our responsibility to answer questions the world is asking. I’m inspired and encouraged by those positive early signs.