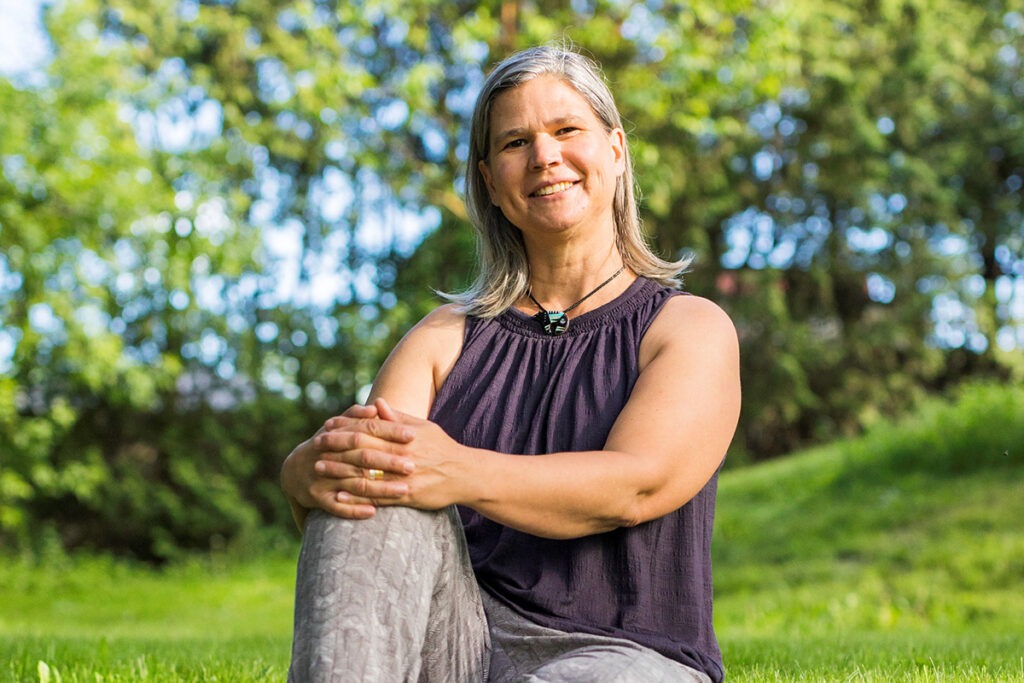 Throughout her nearly 29-year career in research and medicine, Dr. Janet Smylie has focused on addressing health inequities faced by Indigenous peoples in Canada. At its core, her work is about using knowledge to propel change through action.

“In the modern world, we can get away with a focus on knowing and knowledge but where I come from, as a Métis Cree woman and from an Indigenous knowledge perspective, the gap between knowing and doing doesn’t exist,” she says. “The key to reconciliation is bridging the gaps between what we know and what we do. It’s the key to life and to solving most problems.”

Now, the first Strategic Lead of Indigenous Wellness, Reconciliation and Partnerships at Unity Health, Dr. Smylie is bringing that focus into this new role. Over the next seven months, she’ll lead several projects that support Unity Health’s ongoing efforts to develop a strategy and framework for the advancement of Indigenous health and reconciliation across the network.

We sat down with Dr. Smylie, who holds a Tier 1 Canada Research Chair in Advancing Generative Health Services for Indigenous Populations in Canada, to learn more about her new role and the challenges Unity Health faces repairing relationships with Indigenous peoples as a Catholic health care network.

What drew you to this role?

Like many people, I was deeply impacted in June 2021 when the first unmarked graves of Indigenous children were confirmed at a residential school in Kamloops, B.C. At the time, I committed to doing three things – helping address the role of the Catholic Church in the residential school system, marking Indigenous History Month at Unity Health and throwing my hat in the ring for this role. As I get older, having worked in health care for some time, I really try to think about the future. What can I do now to make it better? This role gets at that. But most of all, I was really inspired by those children and their families.

This role was designed with the support of Unity Health’s First Nations, Inuit and Métis Community Advisory Panel (CAP) and is intended to be collaborative in nature, working with the Indigenous community in Toronto. Why are these collaborative efforts so important?

Do you have any specific goals or priorities in your first couple of months in this role?

One of my first priorities is to build a human resources plan for the network. We’ve heard from the First Nations, Inuit and Métis Community Advisory Panel (CAP) and other community leaders that to become a preferred place for Indigenous peoples to seek care, we need to recruit a team of people who can advance transformational change. This might include an Elder, a cultural coordinator, care navigators and a clinical care lead. Indigenous people often expect that they’ll experience differential or unfair treatment when they visit a hospital. We want Unity Health to be a place where Indigenous people feel safe accessing care.

Another priority of mine is building Indigenous care pathways within our hospitals. Defined referral pathways can be really helpful as they provide comfort and build on the notion of trust relationships.

I’ll also be doing some work with the CAP to develop a renewed terms of reference and explore how we can harmonize the efforts of the CAP and Unity Health’s Council on Anti-Racism, Equity and Social Accountability (CARESA). When working with Indigenous communities, it’s important that we establish a leadership structure and governance model to provide clarity and build trust. I’m working on that too.

Many of your research projects and foundational contributions in Indigenous health have relied on data collection. For instance, you co-led Our Health Counts, a collaborative research project that brought to light missing population-based health information on First Nations adults and children in urban settings. Where did this interest in data collection come from and why is it important?

Early in my career, I was working at an Indigenous health centre in Ottawa and we were trying to set up an information system that would help us understand who was coming into the clinic for care. But over time, I started to worry more about the people who don’t come to us or who only come on occasion and then we don’t see them. I wanted a way to identify these people and assess their health needs. I also just really like math. My dad was a theoretical physicist and I’m not afraid to use math as a tool. These factors motivated me to go back to graduate school at Johns Hopkins University. Then, a colleague introduced me to a new type of sampling that works well to count the people who don’t seek care. Everyone deserves to be counted.

Other early work of mine made sure that First Nations, Inuit and Métis identity was accurately recorded on infant birth and death registrations. Infant mortality is a key indicator of the broader population health of a community. We then discovered that the Canadian census was undercounting the size of Indigenous populations in Toronto by a factor of 3 to 5. Identifying that undercount had an immediate benefit, providing a better match between the unmet needs and aspirations for wellbeing of local First Nations, Inuit and Métis communities and the funding and resources made available.

What are some of the biggest barriers to health care for Indigenous peoples in Toronto?

There are approximately 90,000 First Nations, Inuit and Métis peoples living in Toronto and about 90 per cent are living under the low income cut off. Many of these individuals are young people or single caregivers, which can make it difficult to access care. For example, if you need to take the TTC with multiple children in-hand to access care, this makes it much more difficult than if you have a car and childcare. Another barrier, perhaps the biggest one, is a lack of trust in the health care system. There’s a lot of fear among Indigenous peoples that they’ll be treated differently because they’re Indigenous. Some other common barriers are a lack of access to regular primary care providers and not knowing where to seek care. There are also challenges navigating the transportation system.

It’s been nearly two years since Joyce Echaquan, a 37-year-old mother and member of Atikamekw Nation of Manawan, died in a Joliette, Que. hospital after staff dismissed her symptoms and subjected her to racist language and behaviour. A few days later, you co-authored an opinion piece in the Globe and Mail on racism in the medical system. Have we seen any improvements in the system since then?

No. Unfortunately, slow progress with respect to tangible change is a common challenge in systems transformation work – we could ask the same question about anti-Black racism and discrimination towards members of the 2SLGBTQ+ community. We know what works but we don’t have the political will to act on our knowledge. Human beings are funny that way – it’s hard for us to change our minds or act differently.

The Catholic Church was a leader in colonization and ran most of Canada’s residential schools. Unity Health Toronto is one of Canada’s largest catholic health care networks. How does our identity and affiliation with the church change the work we have to do?

First Nations, Inuit and Métis peoples have a complicated relationship with the church because of the role that the church played as a leader in the colonization of the Americas. Every person and community has navigated that relationship in their own way and we respect those ways of navigation. Some people feel safe and happy at Unity Health, while others could be triggered or feel uncomfortable given the legacy of multi-generational harms stemming directly from the policies and actions of the church. We need to figure out how to support that range of responses so that people say “Yes, this is a Catholic hospital but they did something good for my relative.”

Pope Francis is expected to visit Canada in July to meet residential school survivors and deliver an apology on Canadian soil for the church’s role in running residential schools. What does this visit mean to Indigenous peoples?

It’ll mean many different things to different First Nations, Inuit and Métis people. For some survivors of the residential school system and their families, it’ll bring healing and relief from pain. For others, it could bring pain and anger. I think it’s an important step though. If this visit helps anybody, it should happen. Where I come from, restorative justice is important; we need to acknowledge wrongdoing. I hope that’s what this visit represents. It’s what a lot of people wanted and a step in the right direction.

Do you have any advice for those who want to learn more about Indigenous history and culture or who want to help build and repair relationships but are afraid of offending others?

One of the best things people can do is learn more about cultural safety. The San’yas Anti-Racism Indigenous Cultural Safety Training Program, which many staff at Unity Health have completed, has shown to be better than a placebo when measuring how likely Indigenous patients are to recommend someone as a health care provider. I also encourage people to find a peer and read the summary report of the Truth and Reconciliation Commission. It’s painful but we need to be witnesses. It’s also good to attend events celebrating Indigenous people, if the community is willing to share. After the event, spend some time self-reflecting on what it was like to be there. And remember that this is a learning journey.

This interview has been edited and condensed.

Unity Health Toronto @UnityHealthTO - August 9
Healthy kids who are underweight in this first two years of life continue to have below average BMI and height thro… twitter.com/i/web/status/1…

Unity Health Toronto @UnityHealthTO - August 8
'I worry a lot about how much more our health system can give.' We spoke with @DrFahadRazak, head of… twitter.com/i/web/status/1…

Unity Health Toronto @UnityHealthTO - August 5
Have a health issue and not sure what to do? The Toronto Virtual Emergency Department is available 7 days a week to… twitter.com/i/web/status/1…