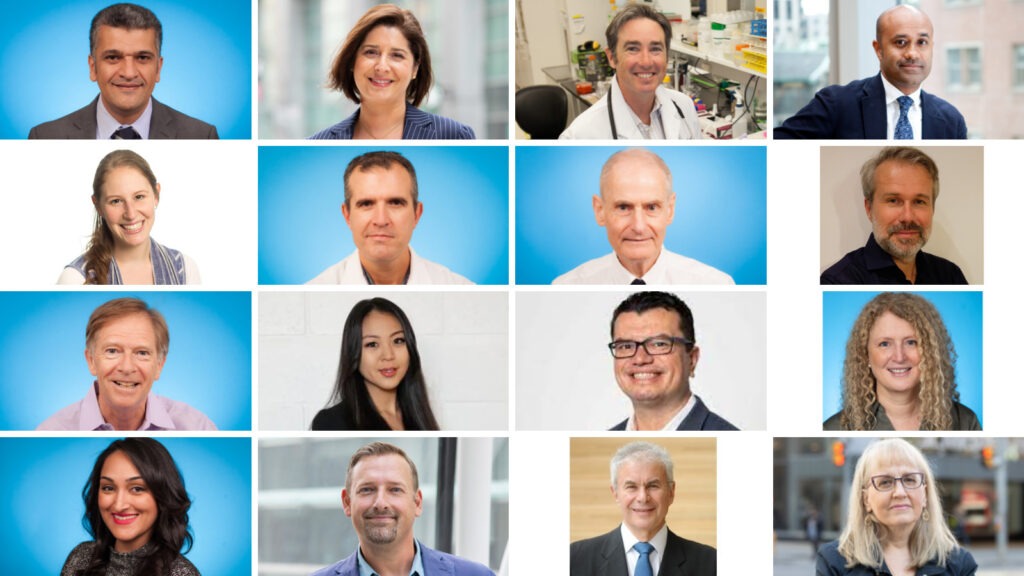 Every month, staff, researchers, physicians, learners and teams across Unity Health Toronto celebrate important honours, achievements and awards. Congratulations to those who have been recognized this month!

Congratulations to the St. Michael’s scientists who have received Faculty Recognition Awards from the Institute of Medical Science (IMS) at the University of Toronto. In 2022 the IMS established the Faculty Recognition Awards to recognize faculty members who have made significant contributions to the IMS, within a 5-year term. These awards recognize contributions in the categories of Supervision/Mentorship, Citizenship and Teaching. The categories have been divided into two levels: strong and exceptional, according to the faculty members’ IMS activity.

The recipients from St. Michael’s are:

Congratulations to Dr. Yvonne Bombard and her team at the Li Ka Shing Knowledge Institute for being awarded funding in the 2022 Accelerator Grant Competition. The project, ‘Developing a practical guide for conducting equitable genomics research with underrepresented and racialized populations,’ will focus on equity, diversity and inclusion in the area of genomics research.

Congratulations to Dr. Sunit Das, a scientist at the Keenan Research Centre for Biomedical Science and a neuro-oncologist at St. Michael’s for receiving a grant from Brain Cancer Canada to acquire and develop genome technology helping brain cancer patients.

St. Michael’s is home to some of the world’s top experts who have pioneered innovative brain tumour surgery, establishing its reputation as the leading hospital in using minimally invasive surgical techniques to treat brain tumours. Learn more about this grant that will propel precision medicine in the field.

Three St. Michael’s researchers have been awarded Scientific Day Awards in Education by the Institute of Medical Science at the University of Toronto.

Learn more about these awards.

Five scientists at St. Michael’s Hospital are listed among the top 100 Medicine Scientists in Canada, as ranked by Research.com and based on their h-index, publications and citations values. The h-index is an author-level metric that measures both the productivity and citation impact of the researcher’s publications.

A St. Michael’s-led study about the extent of Omicron infections in Canada was the most-viewed article in the New England Journal of Medicine this week. The study, co-led by Dr. Prabhat Jha, director of the Centre for Global Health Research, found that nearly 30 per cent of Canadian adults were infected with Omicron in early 2022.

Congratulations to Dr. Jha and the team!

Congratulations Dr. Ripudaman Minhas, a scientist at the Li Ka Shing Knowledge Institute and a pediatrician at St. Michael’s, who was recognized as a Mental Health Advocate by the Council of Agencies Serving South Asians (CASSA).

CASSA is a social justice umbrella organization representing more than 100 member agencies in Ontario. Their goal is to eliminate discrimination and create a Canada in which all communities are free from marginalization. Learn more.

The Ontario COVID-19 Science Advisory Table is a group of scientific experts and health system leaders who evaluate and report on emerging evidence relevant to the COVID-19 pandemic, to inform Ontario’s response.

The Science Advisory Table’s mandate is to provide summaries of relevant scientific evidence to public health and health care professionals, as well as the general public, by integrating information from existing scientific tables, Ontario’s universities and agencies, and the best global evidence.

Dr. Razak has been a member of the Table since its inception and has contributed to many Science Briefs including Long- COVID, hospital visitor policies, vaccines and therapeutics. Read more about this appointment and congratulations Dr. Razak!

Congratulations to a Unity Health team led by Peggy So, an Occupational Therapist at Providence, who won the People’s Choice Award for Best Poster at the Rehabilitative Care Conference early in May. The team’s poster was titled “Developing an Innovative Outpatient Post-COVID Condition Rehabilitation Program to address the unique needs of this patient population.”

Congratulations to St. Michael’s Hospital students who received prizes at the Institute of Medical Science (IMS) Day at the University of Toronto:

By: Ana Gajic and Olivia Lavery