A Q&A with Dr. Dan Werb about coronaviruses and the predictability of pandemics 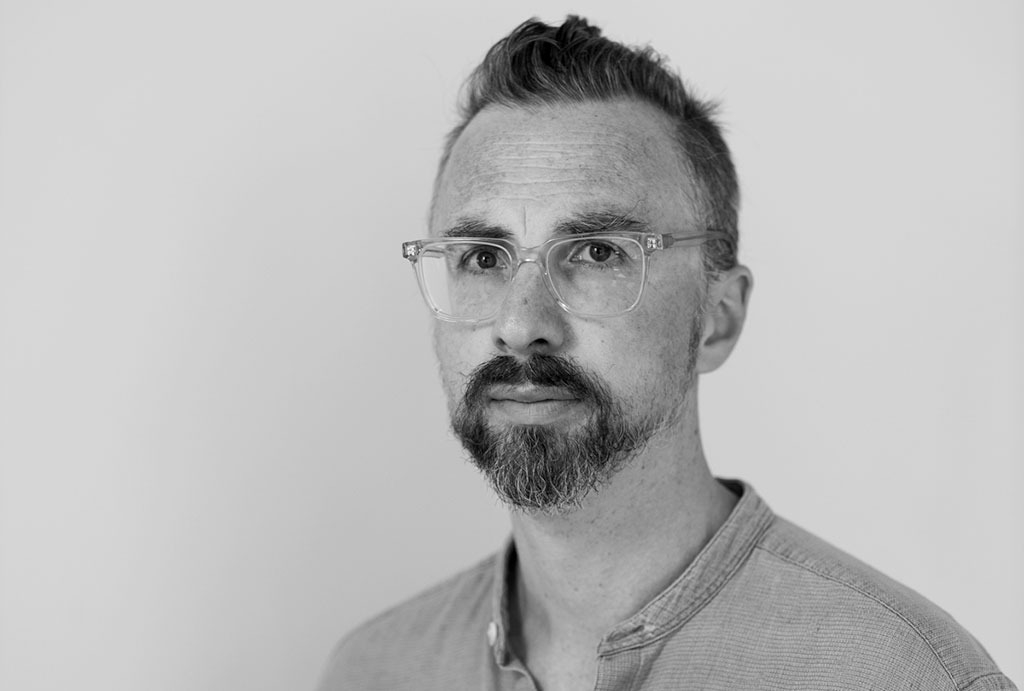 Now in our third year of the COVID-19 pandemic, questions about the lessons learned and the path forward are top of mind. When will this pandemic end? How can we prevent future pandemics? What lessons did we learn from not just this pandemic, but the ones that came before it?

These questions and more are addressed in the new book The Invisible Siege: The Rise of Coronaviruses and the Search For a Cure, written by Dr. Dan Werb, a scientist with MAP Centre for Urban Health Solutions in the Li Ka Shing Knowledge Institute of St. Michael’s Hospital. The book was named a named a top 10 science book of the season by Publishers Weekly and will be released by Penguin Random House on March 1.

We spoke with Dr. Werb about the book, the most effective way to end the COVID-19 pandemic, and what he thinks is the “major failure” of the pandemic response.

What is the book about?

The book is an optimistic counter-narrative to all the stories we’ve heard about pandemic failure. There are failures captured in the book, but it’s a story of optimism and hope told through the lives and ideas of scientists who have been studying coronaviruses since the 1980s. It’s also about some scientists who accidentally moved into a space in their careers where they were able to advance a number of the different vaccines and cures that have charted our path through this pandemic and, potentially, future pandemics as well. Really, it’s about scientists as people and the way in which scientific discovery intersects with the real world in very strange and unpredictable ways. Finally, it’s a “family history” of coronaviruses. This viral family itself is a kind of character, and the book charts how that family has evolved for thousands and maybe millions of years.

The book is described as “putting boundaries on our anxiety” by placing COVID-19 in its scientific and historical context. What does this mean and why is it important?

I started writing this book in the early days of the pandemic when nobody knew where it was going to go, how bad it was going to get or how scary it was going to be. Part of what was so brutal about that time was not knowing the depth of the threat and how much our lives would get up-ended.

For the book, I talked to scientists who explained the outer bounds of how bad it could get and the other outer bound of how mild it could be. Science is all about putting ranges on things and if you have that range to work in, that can be incredibly comforting.

We’ve skirted the worst possible scenarios so far – that’s not to minimize how bad it is across the world and how poor the vaccine distribution has been, which is the real major failure of the pandemic – but we avoided the very worst case scenario, and we’re able to understand what exactly that worst case scenario was.

The book feels like a love letter to this small group of scientists who have been studying coronaviruses for decades, and also to the past discoveries that allowed us to learn as much about COVID-19 as quickly as we did. What is the book trying to say about science and scientists?

One of the things that the book does is show how the work that went into creating COVID-19 vaccines started with totally abstract questions about viruses way back in the 1980s. What the book is trying to demonstrate is the need for publicly-funded science to support those big, abstract pursuits. Public-funded science is at threat and what the book describes is how public-funded science – that a lot of the time had nothing to do with coronaviruses at all – got us to a place where we could get through this pandemic.

The more I learned about where all these ideas came from, I started to understand how deliberate all the testing and how rigorous the science is behind it. Misinformation threatens science, and publicly-funded, open-ended science is the only way that we’re going to land on solutions for problems that we have not considered – so that’s what we should be protecting.

One concept explained in the book is the epidemic triangle. What is this and how does it make epidemics “predictable”?

The epidemic triangle is this notion that every single epidemic is driven by the relationship between three factors: the pathogen (or the agent, the virus or bacterium), the host (the animal that harbours that pathogen), and the environment (within which those pathogens and hosts are interacting). Epidemics can always be traced back to a shift in that relationship.

This was where the book started for me. I wrote an op-ed in The New York Times early on in the pandemic outlining the epidemic triangle. It was a concept that comforted me because it outlined that whatever happened in the epidemic, at the very least it was going to obey this basic rubric.

In the case of how coronaviruses fit into the epidemic triangle, I discovered that there has been this movement primarily driven by changes in environment – from climate change, deforestation, from humans moving into areas formerly the homes and habitats of wild animals – which has caused a massive shift in the ways in which humans and animals co-exist. And that has in turn intensified contact between humans and coronaviruses. This is not something that started with SARS-CoV-2, it started decades ago and the first signal of this shift was SARS in 2002, and then MERS in 2012.

The book explains how the “wrong lessons” were learned from SARS. What didn’t the world learn to be able to anticipate and respond to COVID-19?

The thing about SARS is that it was essentially an unfit virus. It wasn’t able to transmit itself efficiently enough to remain replicating in human bodies and infecting human population. That wasn’t really a result of a human response, it was more the result of the virus just not being fit enough to survive.

Unfortunately, we took two wrong lessons from that. The first was that coronavirus pathogens don’t emerge frequently, and if they do, they aren’t terribly deadly or efficient when they do gain purchase in human populations. The second was that we can control coronavirus epidemics pretty easily when they emerge in human populations – and we can do that without vaccines, mainly with quarantines and public health restrictions. These were obviously wrong.

How can we blunt the threat of future pandemics?

It all comes back to the epidemic triangle. We know epidemics are driven by a shift in the relationship between pathogens, hosts and the environment they live in. Humans are not becoming more physiologically vulnerable to pathogens. It’s also not necessarily that the pathogens are becoming more pathogenic or becoming more effective at transmitting across species – that threat has always been there.

It’s really the environment – it’s the intensification of the frequency with which pathogens are able to engage with human populations. And that is driven by climate change on the one hand, by the wildlife trade, and also mass global production of meat for eating, which requires so much land and habitat, and ultimately ends up bringing humans into places where they’re displacing animals.

If the system continues this way we will see more of these pathogens emerge. More pandemic-potential pathogens emerged in the first 20 years of the 21st century than emerged across the entire 20th century. So there’s an acceleration of pathogens making their way into human populations, and it’s all related to the way that our food chains work, the way we use land for meat production and our ongoing conquest of natural spaces.

How do you describe how vaccines work and their purpose?

Ultimately, if a vaccine was meant to protect a single person, there would be no reason to invent one. Yes, vaccines are effective at preventing you from becoming very ill and offer some protection against infection, but they are primarily a population health tool. They are meant to be deployed across an entire population to achieve herd immunity – in a funny way, they’re actually designed to protect the people who don’t have vaccines.

In the book, I liken vaccines to a scenario wherein, if I bought a pair of glasses, your vision would get better. And for every additional person who got glasses, your vision would just keep improving. Once you remove yourself from the equation, it’s a lot easier to understand what the utility of vaccines is and why it’s so important for as many people as possible to get vaccinated.

How do you feel as there’s a real transition towards “living with COVID”?

My greatest sadness and frustration comes from the lack of global vaccine distribution. It makes me sad because it’s one of the few times in the system we live in where the ethically correct response is also the most selfish response.

As long as there are populations that are vulnerable to infection, and within which SARS-CoV-2 can replicate freely, there will be ongoing variants that will emerge. Inevitably, variants will emerge that will undercut the effectiveness of vaccines – and that’s bad for everyone.

If we want to stop new variants from emerging, and thereby stop the weakening of vaccines, we need to get vaccines out to everyone in the world, and right now access to the vaccines is completely lopsided for rich countries versus low and middle income countries.

As long as that inequity exists, this thing will not end. It will transform, yes, and maybe we’ll find a way to live with it. But it will constantly be there, we will constantly be adapting our defenses, and almost certainly requiring new boosters, and the production of new treatments. When really the fastest, most effective way to end the pandemic is to get the vaccine to people who do not currently have it.

The book is dedicated “to those who science could not save.” Why was that important to you?

There’s a lot of reasons why people were not saved by science. It was timing, it was which countries they lived in, and it’s also people that did not believe the science. It felt important for me to acknowledge that in the book, and to have the grounding as I wrote the book to make sure what I was writing was not too salacious of hyperbolic, that it was honouring the stark reality of what’s happened. I want to make sure it honours people who have lost something or those people who were lost.

You can order The Invisible Siege: The Rise of Coronaviruses and the Search For a Cure here, and subscribe to Dr. Werb’s newsletter here.