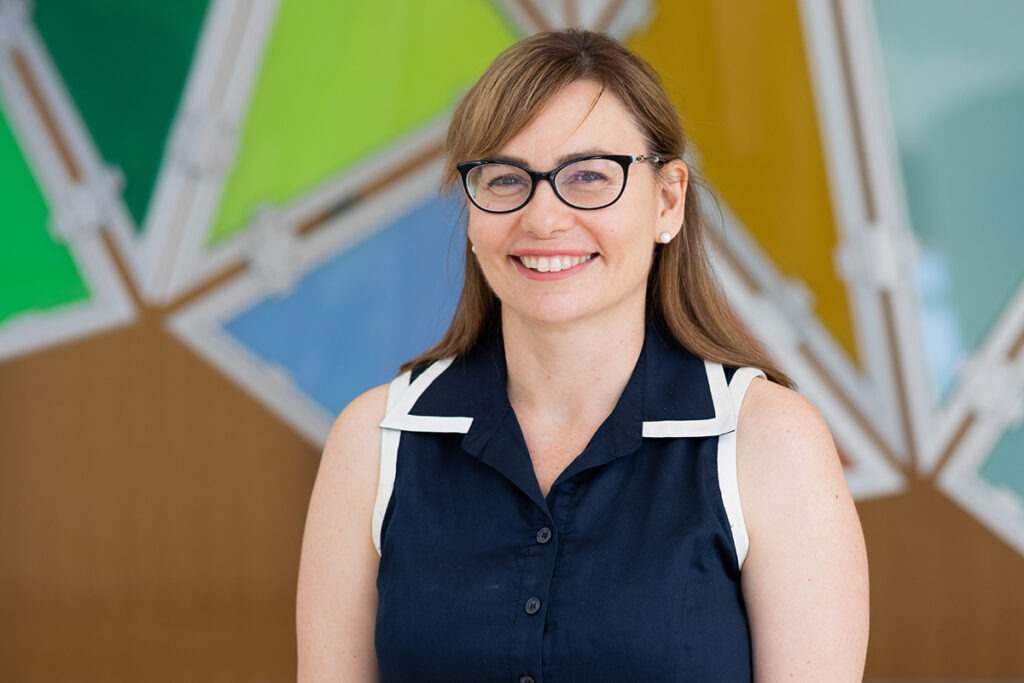 Many common brain-aging disorders including dementia, stroke and depression disproportionately affect women, and scientists are still puzzling out why. One of the theories researchers are looking at is the role played by hormones. To mark Women’s Brain Health Day, we connected with Dr. Shannon Dunn, an immunologist and researcher at the Keenan Research Centre for Biomedical Science, to discuss her research looking at the effect of estrogens and ovarian function on brain health, why studying sex-based differences are important, and how her mom inspires her work.

Q: First off, some people may wonder why is it important that we have a day to recognize women’s brain health? Does it have to be a separate research field from general brain health?

We all age, and both men and women experience neuronal loss in the brain and spinal cord and cognitive decline as they age. But what women experience uniquely is menopause — a very dramatic decline in sex hormones when their reproductive function ceases. This has a physiological impact because sex hormones have potent anti-inflammatory and neuroprotective effects in the body. Andropause also occurs in men, but is much more gradual and occurs over a longer period of time.

It’s well recognized that natural aging results in a heightened inflammatory state, which has been called “inflammaging.” That’s why people are more prone to conditions like osteoarthritis and developing Alzheimer’s and dementia later in life. When women lose the protective effect of ovarian hormones, they quickly enter an inflammatory state that is very similar to that which has been characterized to occur with aging.

Q: Can you tell me a little bit about your research?

I am collaborating with Dr. Gillian Einstein, who is studying the effects of loss of ovarian hormones on brain health. She has been following a cohort of women that have the BRCA1 or BRCA2 mutations, which puts them at an increased risk of having breast cancer. These women are often counselled to have their ovaries removed. She’s been following these women, some of whom are also receiving hormone replacement therapy. She’s also following women who have that same gene mutation and still have their ovaries, as well as age-matched healthy women and older menopausal women who don’t have ovarian function. She has found that certain aspects of verbal and spatial memory are compromised in women after they’ve had their ovaries removed, directly implicating the loss of ovarian hormone. She has started to scan the brains of these women to find structural changes in the brain that may explain these changes in cognition.

Because of the involvement of age-related inflammation in cognition, she approached me and we started working together about five years ago to better understand the inflammatory state in these women.

We started collecting blood samples from these women and have conducted preliminary analysis of the blood levels of inflammatory markers. We have found many inflammatory markers are elevated in women after they had their ovaries removed. This correlated with some of the changes in cognition that she’s finding. So it suggests a link, and using statistics she actually found evidence of potential causation, where some of the inflammation is causing the changes in the brain.

I was recently awarded a CIHR Sex and Gender Chair that is helping fund an expansion of this study. We plan to expand the cohort to a larger group of women and do deeper immune profiling in the blood. We will also be vaccinating the people with the seasonal influenza vaccine so we can study the effect of sex hormones on the immune response. We have added healthy men to the study – this will be done uniquely through St. Michael’s Hospital – which will help us ask the question, “How much of the sex differences in the human immune response is explained by ovarian function?”

We’d like to also figure out if it is inflammation or is it the decline in ovarian function or hormones that is causing the cognitive changes. This study will hopefully be able to answer who is the chicken and who is the egg in this scenario.

We need to understand how declining ovarian hormones alter the immune system and cognition in order to find new ways of countering some of these changes in both women who have had their ovaries removed, as well as women undergoing natural menopause.

Q: Besides this collaborative project, what are your broader research interests?

I’m interested in Multiple Sclerosis. My mother had MS, and I’ve always been interested in why some people get MS and some people don’t. I’m interested in the biological factors that can regulate disease risk. Epidemiologists have identified risk factors for MS, and we know that female sex is one of them. It’s one of the reasons why I got into the area of researching sex differences in the first place.

What we try and do in our lab is work out the biology of how these risk factors can affect the autoimmune process. For instance, we will induce the animal model of MS in male and female mice. This disease does occur more in female mice, just like the human condition. We then identify and study what aspect of the immune response is enhanced in female mice. We try understand what are the mechanisms behind that, what are the molecules driving that.

Eventually, we circle back to humans to see if these same mechanisms are also at play in the human immune response. We can use these same animal models to see if the declining hormone levels that occur with menopause have an impact on disease progression in the mouse, as they do in the human MS patients.