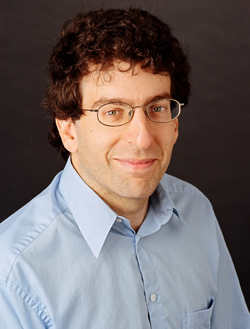 It’s well known that men are at a higher risk for developing cardiovascular disease than women, however a recent study by St. Michael’s Hospital researchers sheds new light on the dangers of premature cardiovascular disease for a particular subset of pregnant women, as well as the importance of continued advocacy for women’s and men’s health care.

Preeclampsia is a condition which presents during pregnancy, typically in the third trimester. It is diagnosed by a rise in the mother’s blood pressure in conjunction with another target organ effect, typically the kidney. Preeclampsia immediately puts a woman at risk of a stroke, premature separation of the placenta from the uterus – also known as abruption – and can lead to the premature birth or poor growth of the child. Preterm delivery at the hand of a physician is the main cure for the condition, along with immediate blood pressure control.

Dr. Joel Ray, a physician and scientist at St. Michael’s Li Ka Shing Knowledge Institute, co-authored the paper and describes the methodology as unorthodox and novel. It is the first time in which pregnant women have been measured against a comparative group of men to articulate cardiovascular risks.

Dr. Ray notes that women with prior preeclampsia are often overlooked for cardiovascular risk assessment.

“There’s a bit of neglect for these women, but screening guidelines are changing that,” he says.

The risk of stroke for women who had preeclampsia also approximated that of men. This is especially worrisome because a stroke is a disabling event, says Dr. Ray.

The good news, however, is that a stroke is a modifiable outcome, by controlling blood pressure after preeclampsia through weight reduction and medication, if needed.

“Obesity too is a very common risk factor for preeclampsia. Preeclampsia can be a first warning sign that health risks in the future are greater for a woman,” says Dr. Ray.

Dr. Ray believes that a cultural shift is necessary in order for women to reduce their risks of cardiovascular disease. He’s advocating for women to feel empowered to use a weight scale – not a mirror – as a health-modifying tool, just like a blood pressure device. He also worries that body-shaming or avoidance of weight measurement negatively contributes to obesity rates and consequently, preeclampsia cardiovascular disease.

“Everyone is eligible for cardiovascular disease. It gains common importance for both genders.”