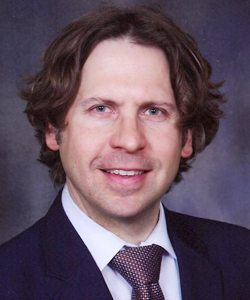 Carbohydrates get a lot of bad press and blame for the obesity epidemic, but a new study suggests that this negative attention may not be deserved for pasta.

Unlike most ‘refined’ carbohydrates, which are rapidly absorbed into the bloodstream, pasta has a low glycemic index, meaning it causes smaller increases in blood sugar levels than those caused by eating foods with a high glycemic index.

Researchers at St. Michael’s Hospital undertook a systematic review and meta-analysis of all of the available evidence from randomized controlled trials, the gold standard of research design. They identified 30 randomized control trials involving almost 2,500 people who ate pasta instead of other carbohydrates as part of a healthy low-glycemic index diet. Their results were published today in the journal BMJ Open.

“The study found that pasta didn’t contribute to weight gain or increase in body fat,” said lead author Dr. John Sievenpiper, a clinician scientist with the hospital’s Clinical Nutrition and Risk Modification Centre. “In fact analysis actually showed a small weight loss. So contrary to concerns, perhaps pasta can be part of a healthy diet such as a low GI diet.”

The people involved in the clinical trials on average ate 3.3 servings of pasta a week instead of other carbohydrates. One serving equals about one-half cup of cooked pasta. They lost about one-half kilogram over a median follow-up of 12 weeks.

“In weighing the evidence, we can now say with some confidence that pasta does not have an adverse effect on body weight outcomes when it is consumed as part of a healthy dietary pattern,” said Dr. Sievenpiper.

Some of the authors have received prior research grants, in-kind donations of pasta for a randomized controlled trial, and travel support from the pasta maker Barilla.

St. Michael’s Hospital provides compassionate care to all who enter its doors. The hospital also provides outstanding medical education to future health care professionals in more than 29 academic disciplines. Critical care and trauma, heart disease, neurosurgery, diabetes, cancer care, care of the homeless and global health are among the Hospital’s recognized areas of expertise. Through the Keenan Research Centre and the Li Ka Shing International Healthcare Education Centre, which make up the Li Ka Shing Knowledge Institute, research and education at St. Michael’s Hospital are recognized and make an impact around the world. Founded in 1892, the hospital is fully affiliated with the University of Toronto.