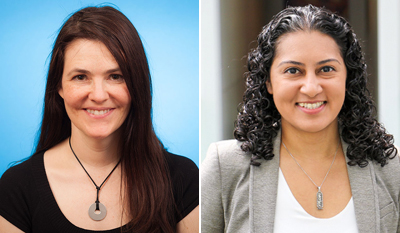 The findings challenge the common belief that a fee-for-service payment system – in which physicians are theoretically paid based on how hard and how long they work – closes the earnings gap between men and women.

Previous studies have demonstrated a pay gap in medicine and have attributed this in part to differences in practice styles between male and female physicians, and one proposed solution has been a fee-for-service system. However the study, which examined data from Ontario where most surgeons are paid through fee-for-service, showed that a significant pay gap persists even when men and women work equal hours. It also showed that female surgeons have fewer opportunities to perform certain types of operations.

“Our findings show the drivers of financial and remuneration differences for men and women in surgery and dispels the myth that women don’t earn as much because they don’t work as hard,” said Dr. Nancy Baxter, author of the study and a scientist with the Li Ka Shing Knowledge Institute of St. Michael’s. Dr. Baxter is also an adjunct scientist with the not-for-profit research institute ICES, where the Canadian data were made available through the ICES Data Repository — a province-wide archive that integrates multiple clinical and administrative health databases.

The study identified over 1.5 million surgical procedures claimed by 3,275 surgeons in Ontario from the beginning of 2014 until the end of 2016.

The researchers also found that male surgeons earned more per hour than female surgeons in almost all surgical specialties including gynecology, even though female surgeons were more highly represented in that specialty.

“Female surgeons are working in a system that wasn’t designed to support them. None of the disparities are due to choices — women are not choosing to make less — and we hope that the findings highlight the need for a solution,” said Dr. Fahima Dossa, co-lead author and general surgery resident at St. Michael’s.

The researchers are calling for all specialties to be paid adequately for work performed — especially as the number of female physicians approaches that of male physicians.